Voodoo forests, Pythons and the Beach!

Yesterday we finally got to go on our much anticipated field trip to Ouidah and Grand-Popo. All four sectors met up and by 9:30 we were on the road to the capital of Voodoo and the historic slave port of West Africa.
Our first stop of the day was a Portuguese fort which was once used to house slaves leaving West Africa for the New World. The fort has been converted into a museum dedicated to the slave trade and a photo gallery exhibiting images of voodoo traditions and ceremonies around the globe. The grounds are sprinkled with large mango trees and old cannons housed within tall fortress walls. 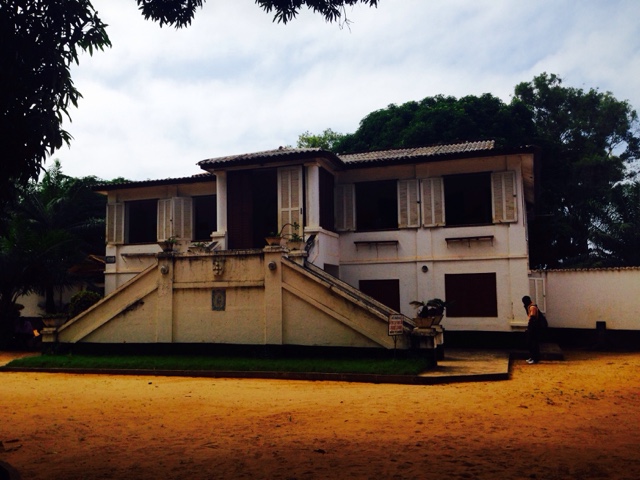 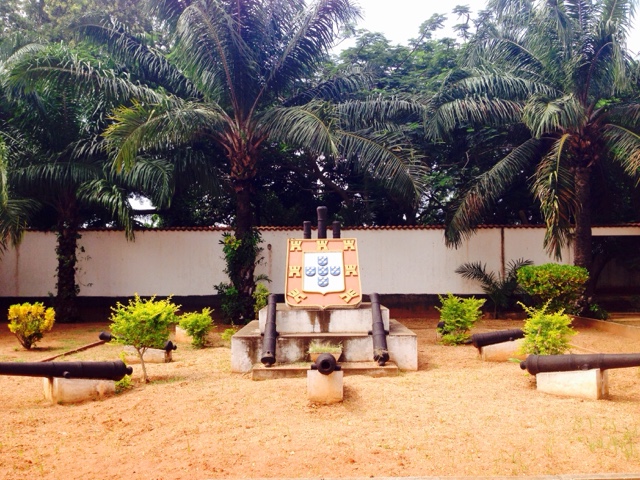 From the fort, we drove to The Sacred Forest. It is here that Voodoo was born. The story of how it came to be is slightly confusing, feauring a talking dog, magical trees and a King who was seeking solace from the demands of his reign. In the center of the forest is a huge tree, Sequoia-like, that towers over a series of voodoo statues and creates a mystical environment under its looming canopy. 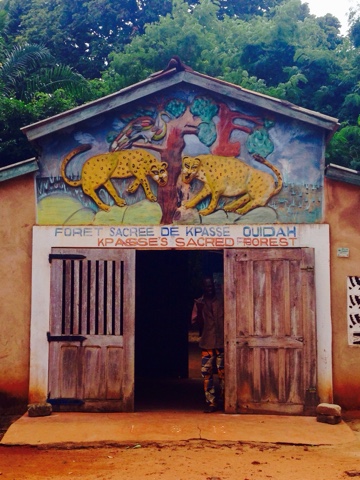 One of the most important Voodoo spirits is one that constantly searches the globe in order to seek fulfillment. Unfortunately however, he is never fulfilled. He is depicted with horns, a Christian interpretation of the devil. Here's a picture; you can draw your own conclusions. 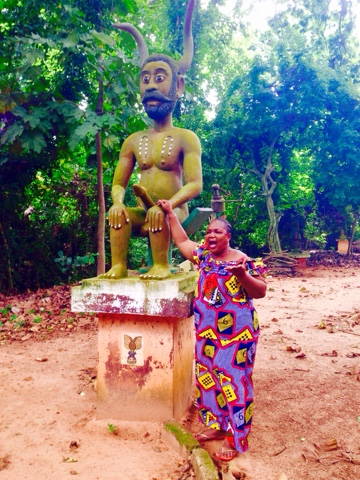 From the Sacred Forest (and the thousands of Mosquitos that inhabit it), we make our next stop at the Temple of Pythons. In Voodoo culture, all pythons are sacred animals and you are never allowed to kill or harm one of them. For anyone who knows me, you know that I am terrified of snakes but in the name of Peace Corps and my motto "I'll try everything once," I decided to participate in the serpent ritual and have a snake bless me by wrapping it around my neck.
I had made this decision before walking into the gate, but at the first site of one of the slithering beasts, I froze. There was no way that slimy, scaly monster was getting anywhere near me. I backed into a corner of the temple and watched from afar as most of the other volunteers nonchalantly allowed a snake on their neck. I knew that I would kick myself if I didn't try it now, so I eased up to one of the snake guides and gently pet the snake.  I decided that I would be able to let it around my neck if I was nowhere near the head. I thought this was communicated very clearly but here's how it played out:
1. Carly and snake man share the snake. I am emotionally fine yet slightly panicked. 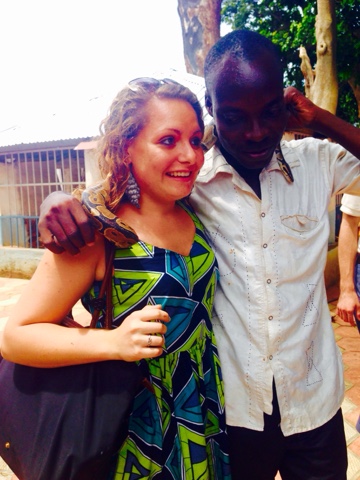 2. Snake man decides I'm comfortable enough to hold the snake myself. He slips the head off his neck and turns it towards me. 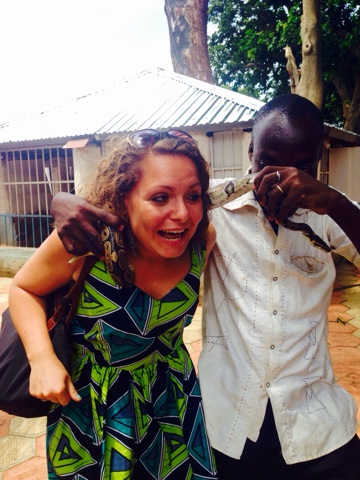 3. Panic sets in. There is a snake wrapped around my neck. What am I thinking?!?! 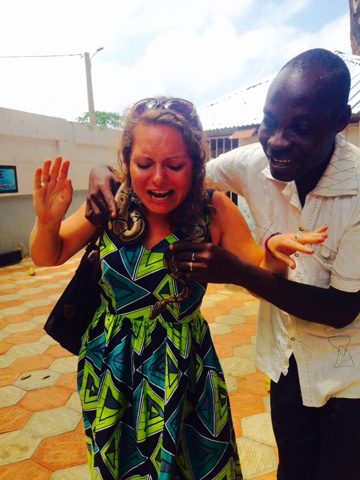 4. The man steps away and I am on my own. Hysteric erupts. I am actually screaming at this point to have the snake removed from my neck but the man doesn't seem to care. Luckily the awesome other volunteers (Leland) came to my aid before I fainted in utter terror. 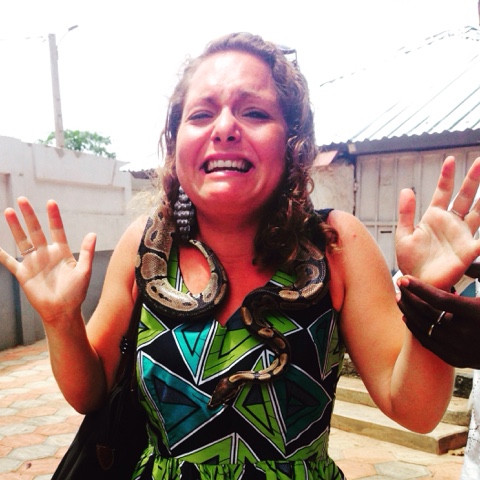 So, one thing off my bucket list. I never again have to wrap a snake around my snake and I have officially received the mysterious sacred snake blessing. Oh the things I do in the name of adventure!
After collecting myself from the trauma of the Python temple, we loaded up the buses for Grand-Popo, Benin's beach town on the Atlantic. We spent the afternoon on the beach at Bel Azur, soaking up the sun and admiring the glistening blue water (it's official PC policy that we don't go in the water because of the strong currents).  There was also a beautiful pool, so many of us got our chlorine fix before loading the buses for the trip home. 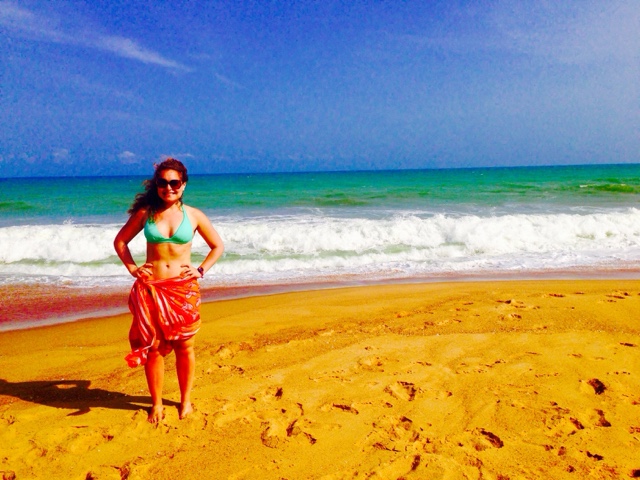 All in all, it was a great and adventurous day here in Benin! Now off to enjoying a relaxing Sunday in Sé!
Posted by Carly Jacque at 9:00 AM