The Power of Choice

Regardless of whether or not you’ve been following along with the Presidential debates, those of you in the US should be aware of the current state of Planned Parenthood in the country.  With the Republican party threatening to cut all funding, the President in hearings being attacked for her salary and the celebration of National Pink Out Day last month, PP has been a headlining topic in national news. But, maybe it’s a good thing.  Did you ever think that Planned Parenthood and discussions of Reproductive Health would be the focus of our national political talks?

In my previous experiences abroad, reproductive health, and more specifically women’s reproductive health, have been taboo topics, spoken about only among women and often in secrecy.  The veiled status further propagates an environment where women have reduced access to healthcare, increased incidence of disease, and disadvantaged status in society.  It is often said that women are the key to successful and sustainable development.  By giving girls access to education (and keeping them in school), allowing women to participate in economic activities and enabling women to choose when they are ready to have children, communities as a whole will succeed.

Those three topics (education, economic development and health), are very broad and much of what the Peace Corps, and PC Benin specifically, is focused on addressing.  I’ll talk about all of them eventually, but want to focus here on the latter: birth spacing and the status of reproductive health access in Benin.

Last week, our small, two room health center, that operates with a staff of one nurse and two nurses aids, without electricity or running water, hosted a Family Planning day.  I had no idea what to expect.  We had learned about what types of birth control options exist in Benin, how to talk to women about the advantages of “birth spacing,” and how to explain the larger societal benefits of birth control.  When 43 women showed up, leaving standing room only in our small waiting area, I was elated.

Women came from all over the area for a consult.  They poured in from Zaffe, Kabole, Kpakpa-Zoume, Adourekoman, Egbessi and Madengbe.  It was wonderful!  Some arrived with their husbands and some older women (30+) came with teenage sons who could speak french for them.  Once they registered with me, we began a short sen sensibilization (training), on their options.  In Benin, women have access to several different methods of birth control:

1. Daily Hormonal Pills, or compriments, are offered at our pharmacy.  Many women are not interested in this option because it requires taking a pill everyday— sounds familiar, right?  These are sold at approximately 50 cents per package.

2. Injections of Noristerat into the forearm are fairly common choice as it is effective for 2 months, relatively cheap (under $1) and women don’t have to disclose it to their partners. 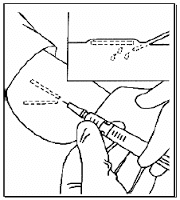 3. The Jadelle implant is a hormonal device made of plastic that is inserted subdermally into the upper arm.  Right now, it is two pieces that are inserted in a v-formation after an injection of lidocaine to the area.  The is effective for two years and by far the most common choice for women in my region.  In fact, every woman who came to the clinic wanted a Jadelle implant, but we only have 11 in stock.  It costs about $4, but sometimes we receive free implants.  We are currently waiting for more to become available, at which time we will call the women to receive them.

4. IUD, Intrauterine Devices, or DIU en francais, are available in Benin.  These are effective for 10 years, but women are very reluctant to use them.  In my consults, women voiced concerns about the pain and subsequent pain to their partners.  While the nurse and I tried to explain that the malleable plastic would not cause these unwanted effects, women were dead set on avoiding IUDs.

5.  There are several traditional methods of birth spacing that we promote here in Benin.  Women can purchase beaded necklaces, colliers, composed of 35 beads of varying colors that assist them in tracking their menstrual cycle and avoiding sexual intercourse during ovulation (this is similar to the calendar method in the states, but here, beads can often become toys for young children and I worry about the efficacy of keeping count).  We also promote MAMA, a method for lactating mothers with children under 6 months of age.  If they follow exclusive breastfeeding practices, their risk of unwanted pregnancy is significantly reduced. 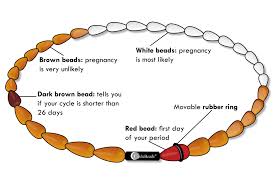 6.  Finally, the transmission of HIV/AIDS and other STIs/STDs is always a risk of sexual activity.  We strongly campaign the use of condoms, both male and female, for use in all relations.  While the rate of HIV/AIDS in the Collines is relatively low, the only way to prevent transmission is through condom, or preservatifs en francais, usage.  Condoms are available everywhere, are cheap, and many people don’t have a problem using them (or so they say…).

The whole event lasted well into the afternoon, when we ran out of Jadelle implants, finished up with prenatal consultations (every Monday in Adourekoman) and had discussed FP options with each of the women.  Watching women take charge of their own reproductive health was empowering and bodes well for future workshops in the community.