What's the Buzz: The Success of World Malaria Month

World Malaria Month is officially over, the numbers have been tallied, and I finally feel like I can live and breath something other than malaria.  I'm officially apologizing for ranting to anyone who will listen about malaria prevention, Benin Against Malaria programming or fighting for the cause.  I appreciate your support as we work to build initiatives that will ultimately lead to disease elimination in Benin.

As a country, Benin STOMPed OUT MALARIA this month.  The following newspaper article came out in the Beninese journal and I am still working to get my hands on the TV interview I gave on BB24 after the net distribution in Ladji! 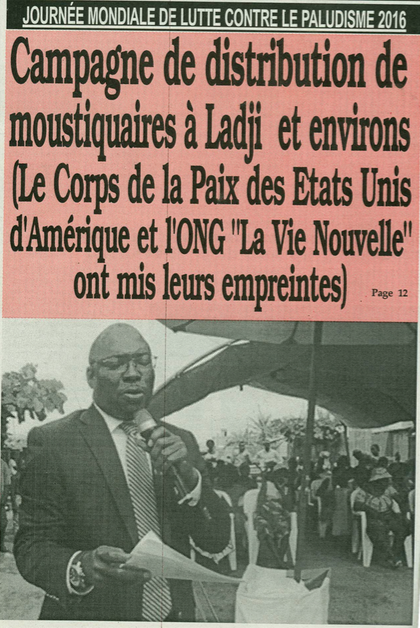 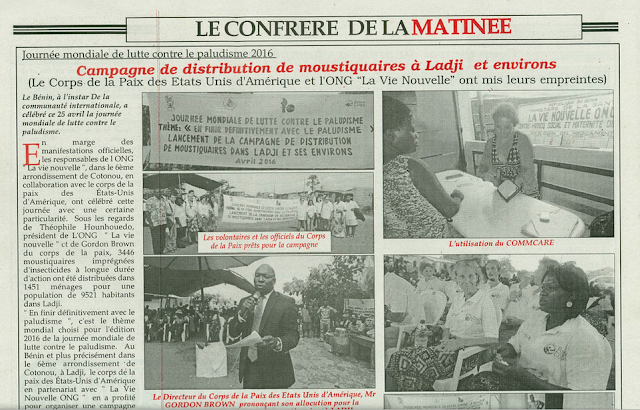 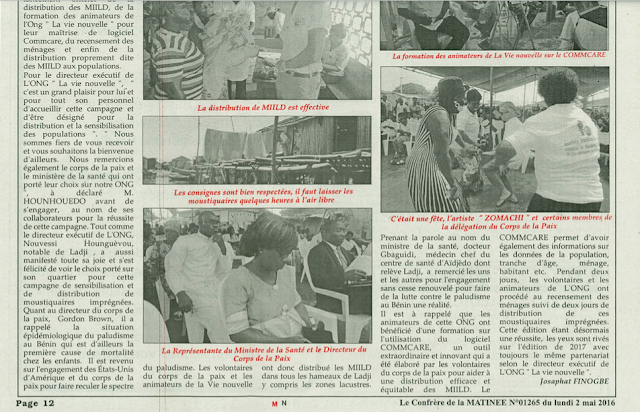 To promote malaria related programming amongst volunteers in Benin, the BAM Committee hosted a competition to challenge volunteers to launch new initiatives in their villages.  Together, we reached so many people, impacted thousands of lives across the country.  I am so proud to work amongst such motivated and dedicated people here in Benin!  Check out our success stats (and my first attempt at graphic design below!)