July 16, 2014: Under Consideration for Community Health in Benin, departing June 2015 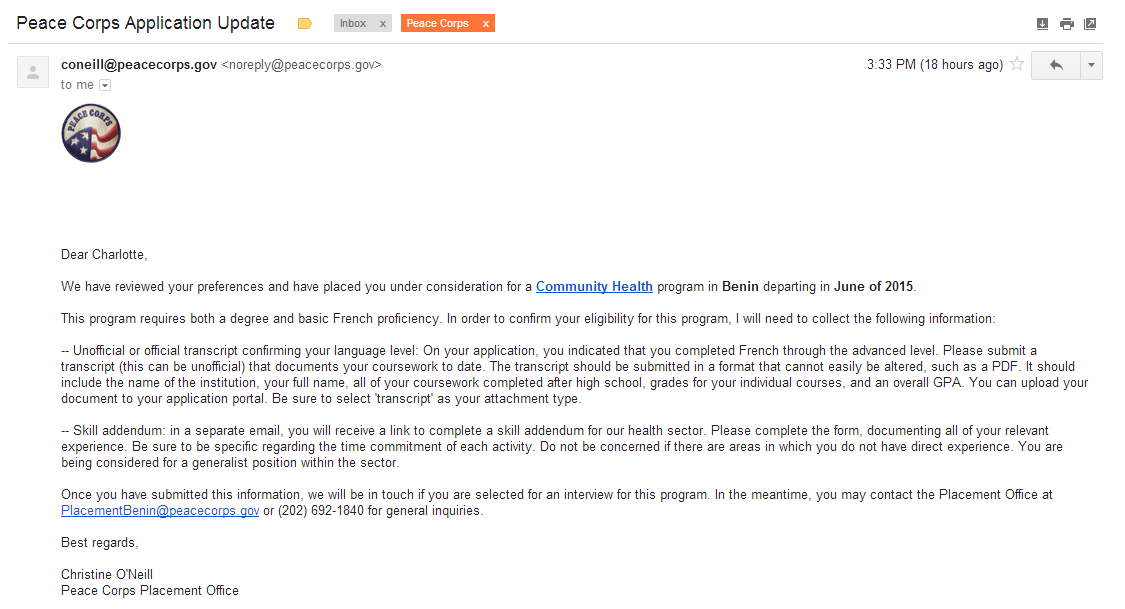 December 5, 2014: Invitation to serve as a Rural Community Health Advisor in Benin!! 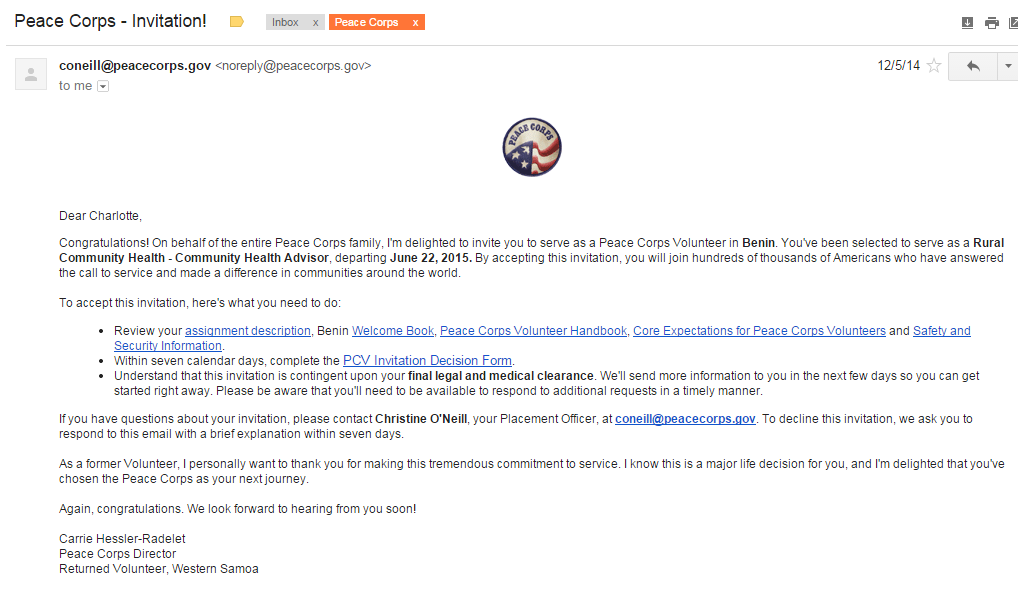 December 9, 2014:
Accepted invitation to serve
MAP updated with all required medical tasks
Request for updated resume and aspiration statement (due in 10 days)

Anxiously await staging information and meeting the other invitees in June!